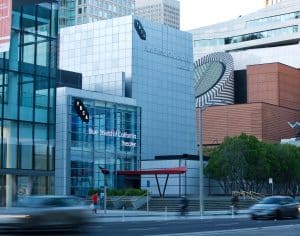 We’ve all seen it before—a venue name change with a new corporate name applied that receives a tepid public response at best and is unsupported at worst. The name change process is nuanced and can end up greatly influencing the degree of success experienced by the property and its new naming partner. Through solid, strategic front-end thinking, potentially negative attributes can be mitigated, some of which can be addressed naturally through the partnership design and negotiation process.

The key to success is to make sure the move is about more than the name on the building, particularly with an existing venue or one that has previously featured a corporate name. The latter can be tricky, especially if the previous name has settled into the nomenclature of the venue’s tenants and stakeholders. A brand taking over naming from a previous corporate rights holder has to go that extra mile for the new name to make sense to fans, press and the public.

T-Mobile Park in Seattle is a good example. The telecom company assumed naming rights after Safeco declined a renewal on their 20-year naming partnership. The sponsor invested in a national TV buy that leveraged the property, including mentions of product integration and how their technology enhances the fan experience. It’s too early to tell how the new name will take hold but, if T-Mobile applies their strategically sound and creative marketing practices to the partnership, they should be able to effectively overcome any sentimentality for the old Safeco name. Their initial national TV ads touting the partnership represent a really solid start.

NAME CHANGES IN THE BAY AREA

Another venue that recently changed corporate names is Oracle Park, the SF Giants home for 20 years. Since taking over for AT&T, which had the rights for more than a decade after Pacific Bell and SBC had their time on the marquee, Oracle has let their Bay Area brand equity carry the day, and the conversion seems to have been well received. It helps that Oracle has had their name on the Warriors arena for a number of years, which makes their brand already familiar to Bay Area sports fans. With the arena naming deal ending soon, their transition to the ballpark name was a well-timed and smart move. Given that the new Chase Center will be right down the street and that Oracle’s chief competitor, Salesforce, has its own tower and the name of the adjacent transit center, it’s no wonder that Oracle jumped on the Giants naming opportunity as soon as it became available.

NAMING RIGHTS AS THE CENTERPIECE OF A HOLISTIC PLATFORM 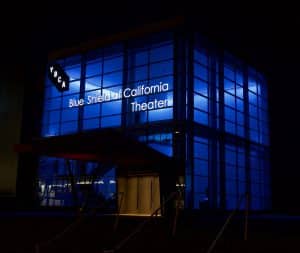 Another new naming rights partnership that recently came to fruition here in San Francisco is Blue Shield of California’s partnership with Yerba Buena Center for the Arts, a deal that includes naming rights of a high profile, heavily trafficked theater as well as venue category rights as the entire center’s health care partner. Although the theater branding is a very strong fit and well executed, the partnership between two non-profit organizations goes well beyond the name on the building and actually promotes and celebrates the connection between artistic expression and human health. The result is an extremely well-received naming rights partnership as the primary branding play has been built into a powerful social cause platform and community partnership.

The Blue Shield of California Theater at YBCA will exist as the cornerstone of a multi-layered partnership that will only get stronger as their public facing programs come to life.

As the lead agent on the partnership and one of its primary designers (along with Kimball Wilkins of Blue Shield and Scott Rowitz at YBCA), I was impressed to see how the two organizations found its organizing principal early on and proceeded to build the entire partnership on this shared mission. Blue Shield is working to expand what people see as critical elements of a healthy lifestyle, while YBCA is all about enabling free expression of artistic talents and messages. The outcome has been inspirational and informative for any nonprofit or community-oriented organization seeking to develop a high-profile strategic partnership.

To get an idea of how the two entities will work together, one needs to only look at their launch program where YBCA brought forward artists committed to addressing the physical, psychological and spiritual health of their audiences. These performances were blended with the personal stories of Blue Shield leadership, including CEO Paul Markovich and the strategy of the shared commitment as described by YBCA leaders Deborah Cullinan and Jon Moscone. The intent of the partnership is to use the platform to educate stakeholders of both organizations, members of the public, customers and event audiences about the cutting-edge work being done by artists, health care professionals and researchers to advance this basic concept: artistic expression, whether performing or experiencing, is good for one’s overall health and well-being.

By extension, this partnership not only helps YBCA with funding for programs, staff and venue enhancement, it serves the broader artistic community, in which YBCA and their executive leaders have a major stake. What started as a “name on the building” discussion had evolved to the point of the partnership—social change and mass communication of messages that can serve to help large audiences improve their health and well-being. This approach will make the Blue Shield of California Theater naming partnership a major success for many years to come and a model for any community or cause-driven organization looking to advance its mission through naming rights or other major corporate partnerships.

Bartram Partnerships is proud to have led the development of this cutting edge partnership and is available to help other brands and sponsored properties establish comparable programs.