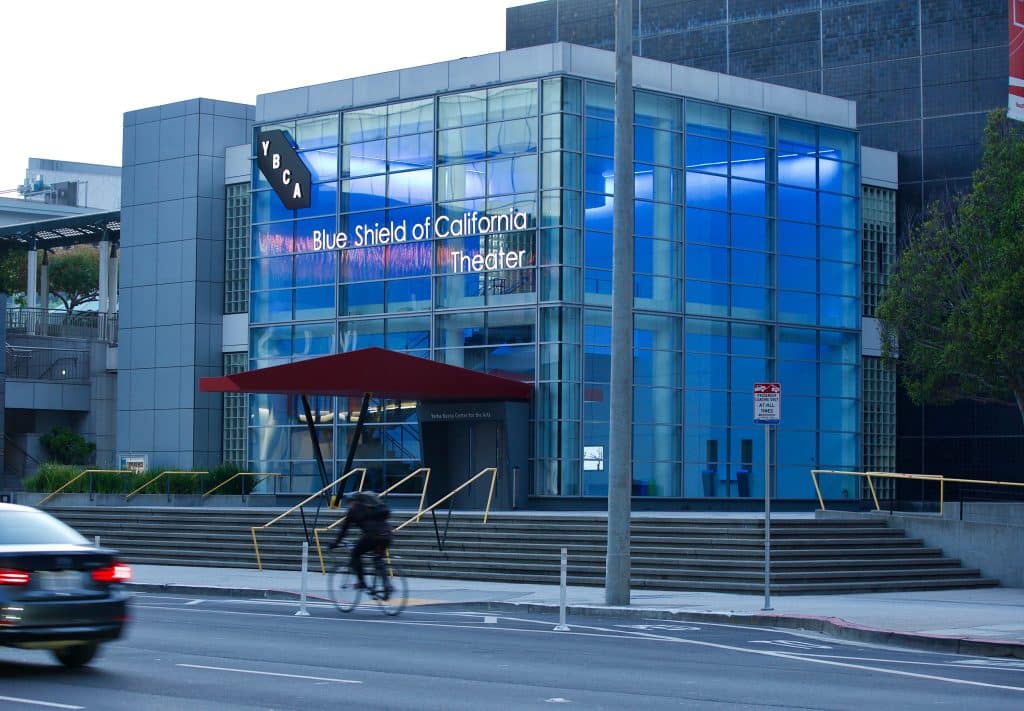 Yerba Buena Center for the Arts (YBCA), located in San Francisco’s SOMA district and adjacent to the Moscone Convention Center, is one of the country’s most innovative cultural venues. In 2017, YBCA retained Bartram Partnerships to design and value an offering that could be used to attract a new naming rights partner for the heavily utilized theater that is the highest profile facility on the YBCA campus. Previously named by Novellus, the theater had been generically titled for several years. Apple was known to have coveted the Theater while Steve Jobs was alive as it was the launch site for several Apple products including the iPod, iPhone and iPad.

Once a sponsorship package was developed and valued and a partner recruitment strategy was established, we took the program to market and engaged in discussion with numerous major brands—but finding just the right naming partner is like searching for a needle in a haystack. So we extended our reach to various contacts and partners, leading us to our friends at Pivot Marketing, who were aware of one major brand’s interest in aligning its name with a high quality, high visibility property. And the rest is history…

As a result of Bartram’s work and Pivot’s timely referral, YBCA and Blue Shield of California, a not-for-profit health plan and champion of lifestyle medicine, have entered into a long-term partnership to raise public awareness of the relationship between arts and health with the cornerstone being Blue Shield’s positioning as the new naming partner for the theater. The brand will be effectively and tastefully integrated into the venue during the 25th anniversary year of YBCA’s existence.

As the architect of the alliance, Kevin Bartram worked through a wide range of opportunities and challenges to navigate client YBCA’s organizational needs while delivering the value sought by Blue Shield. The Center sought a true partner, one that would align with YBCA’s community values while becoming a sponsor whose investment would fund enhancements to the organization and facility. At the same time, Blue Shield needed just the right situation for the partnership to make sense and to help the company fulfill its mission as a health care provider. The property is city-owned so there were also significant requirements and regulations to work through in designing the partnership. Finally, our association with Pivot Marketing was invaluable as accessing the brand at exactly the right time was essential to getting a deal done—so often, timing is everything.

The Blue Shield of California Theater will serve the booming SOMA area for years to come with the Bay Area-based health care company promoting its deep commitment to health care that goes well beyond the traditional. By engaging with a cultural leader in YBCA, Blue Shield is able to make the direct connection between art and healing and to promote alternative means for maintaining health. Blue Shield of California will use the venue to connect with the diverse array of audiences that attend events at YBCA while enjoying the high profile brand exposure that comes with naming such a prestigious venue. Throughout the year, the theater serves a wide range of clients and audiences including major corporate tenants, media, nonprofit performance organizations, and civic partners. Drone footage of Blue Shield of California Theater at YBCA.

Back to Case Studies